Chrysler is going all out for Super Bowl XLIX, premiering not one but three new Chrysler ads during the broadcast. They are keeping the commercials tightly under wraps for Sunday’s game, but for now, let’s take a look back at the big Chrysler Super Bowl commercials of the past five years.

Chrysler’s big Super Bowl spot was “Man’s Last Stand” which specifically featured the Dodge Charger. This is more humorous than the subsequent Chrysler ads, and the best line is easily, “I will watch your vampire TV shows with you.”

“Born Of Fire” came out of the gate in 2011 and took the ad world by storm, winning numerous awards and accolades. More importantly, though, it was a powerful reflection of Chrysler and Detroit defying the odds and finding a comeback.

When Chrysler gets a star to narrate their Super Bowl ads, they only get the best. Clint Eastwood’s “Halftime In America” is a Super Bowl classic.

“America’s Import” asked the question, “Is there anything more American than America?” Bob Dylan’s narration combined with the imagery of diners, Marilyn Monroe, biker gangs, and Chrysler employees hard at work was unforgettable.

Check out Sunday’s Super Bowl game to see Chrysler’s three new commercials, and for the best deals on new and used Chrysler vehicles, stop by Bayside Chrysler Jeep Dodge. On the website, you can get pre-approved, check out the monthly specials, and shop the online inventory by make, model, and year. You can also get the latest news and deals from Bayside Chrysler Jeep Dodge by liking Bayside on Facebook, following on Twitter, or subscribing on YouTube. 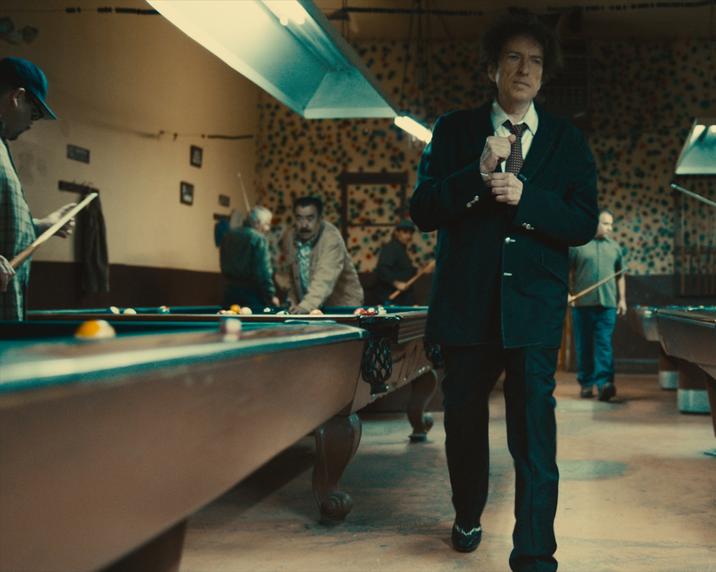 The Super Bowl has come and gone, and the votes are in. What were the most popular ads of the 2014 Super Bowl, and where did Chrysler’s “America’s Import” rank?

Over the weekend, YouTube announced the winners of the YouTube Ad Blitz contest, and Chrysler’s “America’s Import” featuring Bob Dylan was the top automotive ad, coming in 3rd place overall. The ad was beat out for the overall top spots by Coca-Cola’s “America the Beautiful” in 2nd place and Budweiser’s “Puppy Love” in 1st place. At the time of publication, “America’s Import” has been viewed over 11 million times on YouTube.

Chrysler Group has had the top automotive Super Bowl commercial for four consecutive years. In 2011, they released Chrysler’s “Born of Fire” with Eminem. In 2012, it was Chrysler’s “Halftime in America” featuring Clint Eastwood, and in 2013, Ram’s “Farmer” featuring narration by Paul Harvey. Year after year, Chrysler Group’s commercials are the topic of discussion in every Super Bowl commercial round-up, shared across social media and dissected by automotive and media critics alike.

Olivier Francois, Chief Marketing Officer at Chrysler Group LLC, responded to the news that Chrysler Group had again taken the top automotive spot, stating, “This year’s 2-minute commercial entitled ‘America’s Import’ struck a chord with millions of viewers as it introduced our latest innovation, the all-new Chrysler 200 coming to market this spring.”

Keep up to date with the latest Chrysler line-up and check out the used inventory online at www.baysidechryslerjeepdodge.net. You can also connect with Bayside Chrysler Jeep Dodge on Facebook, Twitter, and YouTube.

One of the biggest winners in terms of popularity from the Superbowl commercials was Chrysler.  Their ad campaigns have been notorious of late with quality.  One in particular, the Ram “Farmer” ad was incredibly successful.  It’s hard to gauge the effectiveness of an ad based solely on people’s response, however.  Ads are created to sell product and if all they are doing is getting likes on Facebook, then they are failing their original purpose.  So how do we truly find if the Farmer ad was a success?  February’s sales numbers have just done that work for us.

The San Francisco Chronicle shows that Ram’s sales increased in the previous month.  The figures are up 3 percent from the previous year and it’s the best February sales in six years.

Ram has been working very hard of late to be seen as the working man’s truck.  Recently, they’ve been promoting their “Ram Jam” country music concert.  The ad targeted the blue-collars out in the country who need to relay on dependable and heavy-duty machinery.  That was the message that ad presented, and with a few exceptions, was greeted with a positive response.

Stacy Finz, the writer for the San Francisco Chronicle, interviewed Greg Stern, CEO and co-founder of BSSP, an advertising firm, about the ‘Farmer” ad that Chrysler put together.  His thoughts on the commercial were, “It was a great spot.  Who doesn’t respect and root for farmers.”

If you need a work-horse machine to help you out on the job, stop by Bayside Chrysler Jeep Dodge.  View our whole new and pre-owned inventory online at our website.  Make sure you like us on Facebook and follow us on Twitter for more news and monthly specials.